The Town of Parker would like to remind residents and businesses that snow removal operations can affect on-street parking during snow events and for several days after the snow stops falling depending on the severity of the storm.

Town staff performs snow route snow removal on four stretches of roadways following the end of major snow events and after major roadways are generally clear of snow/ice. Three of these snow routes are located downtown, while another is located west of Parker Road:

The Town understands that requiring motorists to find alternative places to park is an inconvenience. Public parking lots are provided in the downtown area, including at The Schoolhouse and O’Brien Park, as well as parking along other non-snow route streets.

Appropriate signage is displayed on each snow route, so please familiarize with these routes if you routinely park on the street, especially in the downtown area.

For more information on the Town’s snow operations, visit www.ParkerOnline.org/Snow.

For more information about enforcement of these parking regulations on snow routes, contact the Parker Police Department at 303.841.9800. 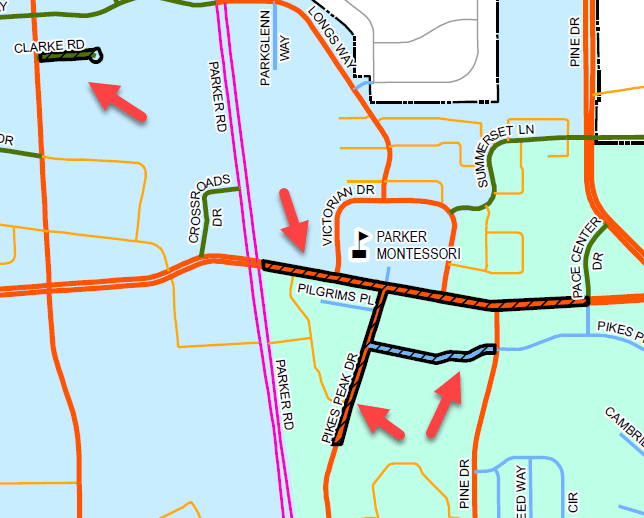 What Are Snow Routes?

Why are These Designated as Snow Routes?